GCSE reforms: 9 things you should know

GCSE, AS and A level qualifications are being reformed. The new subjects are being introduced gradually, with the first wave of GCSE reforms being taught from September 2015. Subjects that have not been reformed will no longer be available for teaching from September 2018.

Here are the nine things we think you need to know about GCSE reforms:

9 GCSEs in England are being reformed and will be graded on a new scale from 9 to 1, with 9 being the highest grade

7 Fewer grade 9s will be awarded than A*s

6 English Language, English Literature and Mathematics will be the first to be graded from 9 to 1 in 2017

5 Another 20 subjects will have 9 to 1 grading in 2018, with most others following in 2019. During this transition, students will receive a mixture of letter and number grades

3 In the first year each new GCSE subject is introduced, broadly the same proportion of students will get grades 1, 4 and 7 and above as would have got grades G, C and A and above respectively in the old system

1 You can see how the 9 to 1 grades compare with the scale from Ofqual: 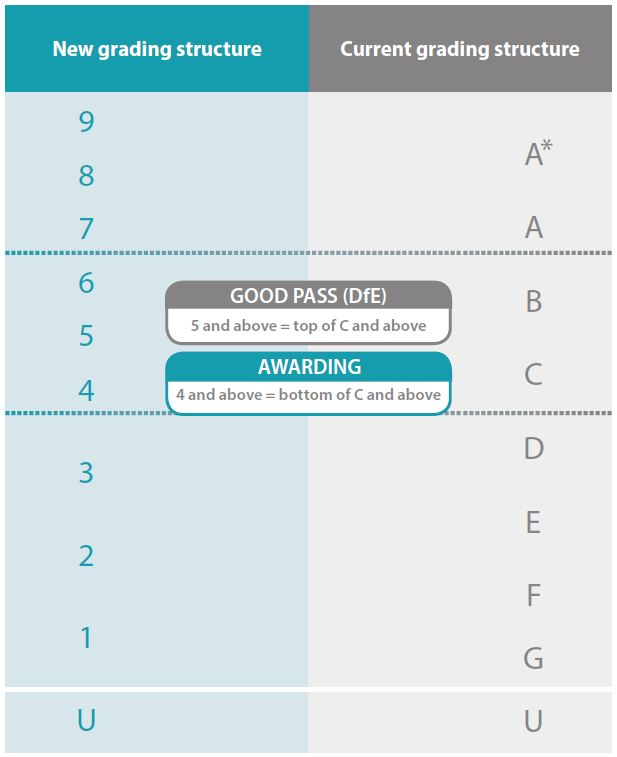